​
An International Conference on Slasher Theory, History and Practice 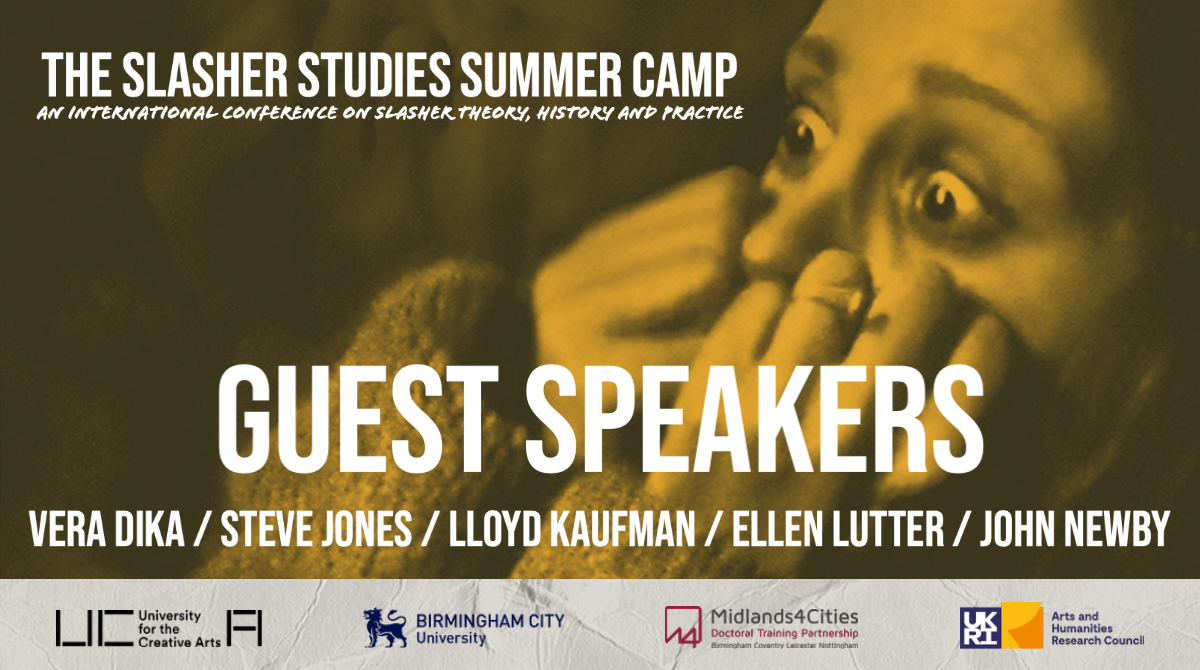 Slasher, a disreputable offcut of the horror genre, has been the subject of intense criticism over the last 40 years. Despite an emergent body of scholarship that closely examines this subgenre across various forms and periods, seminal works from the 1980s and early 1990s still continue to monopolise the field, heavily referenced and applied to contemporary texts. It is undeniable that critics in film studies such as Robin Wood, Carol J. Clover, Vera Dika, Linda Williams and Barbara Creed provide us with important theoretical foundations that are still useful today. However, more needs to be done to examine the ways in which their works have been interpreted, developed and innovated by recent scholarship to create a critical discourse that appears to situate itself in “slasher studies,” a seemingly distinctive branch of horror studies that has gradually emerged over the last 20 years.

In asking these questions, this conference is the first of its kind and provides a safe and supportive interdisciplinary space for scholars to present their research, share their ideas and build a network with others working in the field, questioning and rectifying a plethora of theoretical, historical and practical assumptions in the process.

The Slasher Studies Summer Camp is organised in affiliation with the University for the Creative Arts, Birmingham City University, the Midlands4Cities Doctoral Training Partnership, and the Arts and Humanities Research Council, UK. Please direct all enquiries to co-directors Daniel Sheppard (daniel.sheppard@bcu.ac.uk) and Wickham Clayton (wickscripts@hotmail.com)